Born in Ramona, Oklahoma, in 1944, Roger Minick grew up in the Ozarks of Arkansas. While at UC Berkeley, Minick began his photography career at the ASUC Studio, a student arts facility, and in 1966 he began a black and white photographic project of landscapes and people of the Sacramento-San Joaquin River Delta in California. Three years later, the project became Delta West. Between 1965 and 1975, Minick worked at the ASUC Studio, serving as director from 1971 to 1975. In 1970, he began a black and white photographic project on the rural Ozarks of Arkansas, receiving a Guggenheim Fellowship in 1972 to finish the series. From 1974 through 1976, Minick worked on Southland, a project in which he photographed freeways, vernacular architecture, and made portraits of people at fast-food outlets and shopping plazas in Southern California. In 1977, he was one of five photographers selected to work on a two-year National Endowment for the Arts Photo Survey project on the Mexican American community, a project co-sponsored by the Mexican American Legal Defense and Educational Fund. The project, Espejo, generated four new photo projects for Minick: Espejo, portraits of East Los Angeles residents, made in front of street murals; Undocumented, migrant farm workers living and working on farmland near San Diego, California; Garment Workers in downtown Los Angeles; and a Mexican rodeo event called Charro in Riverside, California. In 1980, Minick began work on Sightseer, his first photographic series in color. After graduate school, Minick worked on several long-term projects. In 1996, for a project he calls American Biographics, he began photographing in black and white the American Landscape, with particular emphasis on the precarious balance between the natural and the man-made. From 1998 to 2003, Minick photographed widely with the inexpensive Holga camera which, because of its plastic lens, is known for its idiosyncratic vignetting, focusing and halation of light. 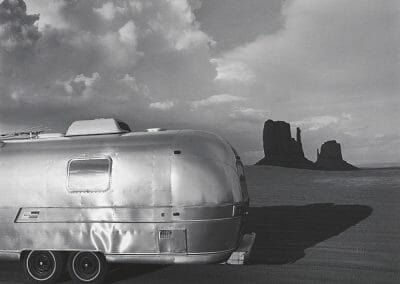