Morris Huberland was born in Warsaw, Poland. As a young boy he moved to New York City with his family and settled in a Jewish neighborhood. He was one of the original members of the New York Photo League where he took advantage of educational opportunities to sharpen his skills as a street photographer documenting residents of some of New York’s tougher neighborhoods. He joined the army during World War II where he participated in combat in Italy, North Africa and Germany. He maintained his interest in photographing New York’s Jewish Immigrants throughout his life. And in 1989 presented some of this work in the exhibition A Time to Remember: Jewish Life on the Lower East Side. 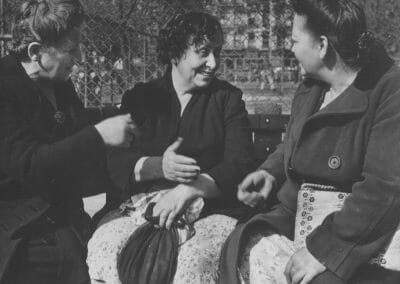