Social documentary photographer Max Yavno (1911-1985) identified the odd charm that constitutes the identity of a place and people. Born in New York, Yavno was a social worker from 1932-1936; this background clearly informed his photographic career. His humanistic sensibility is revealed in his work, which includes street photographs made in New York, San Francisco, and Los Angeles. Yavno is best known for his depictions of these great American cities and the cultural and social detail of their inhabitants, many of which distinctively reflect their era. In 1936, Yavno began photographing New York street life for the Works Progress Administration’s Federal Theater Project. As his interest in photography grew, Yavno joined the Photo League and served as its President in the late 1930s. Through this organization he met Aaron Siskind who became his roommate and lifelong friend. During World War II, Yavno served in the United States Army Air Force as a film and photography instructor. Following the war, he relocated to San Francisco, continued teaching, and began a freelance career. Yavno was included in “Seventeen American Photographers,” a 1947 exhibition at the Los Angeles County Museum of Art, placing him alongside established photographers Berenice Abbott, Ansel Adams, Man Ray, and Edward Weston. By 1952, Edward Steichen had purchased Yavno’s prints for The Museum of Modern Art, New York. With recommendations by Edward Weston and Steichen, he was awarded a Guggenheim Fellowship in 1953. From 1954-75, Yavno owned and operated a thriving commercial photography studio in Los Angeles. In 1975, the sixty-four-year-old photographer closed his studio to allow for more personal pursuits. Yavno continued to photograph California, but also worked in Mexico, Morocco, Israel, and Egypt, securing funds for the later trips from the National Endowment for the Arts. 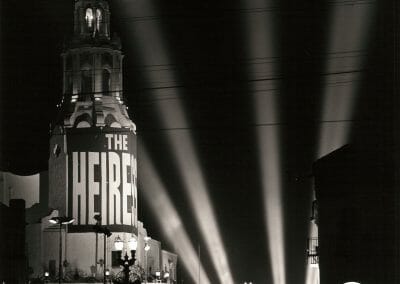