Marvin E. Newman was born and raised in the Bronx and studied sculpture and photography with Walter Rosenblum at Brooklyn College. In 1948, Newman briefly joined the Photo League where he took classes with John Ebstel. He moved to Chicago in 1949 to study at the Institute of Design with Harry Callahan and Aaron Siskind. After obtaining his degree in 1952, Newman moved back to New York City. The following year, his work was included in the Museum of Modern Art’s “Always the Young Stranger” (1953). Newman has authored or coauthored eight books on the subject of photography. His work has appeared in many publications, including Sports Illustrated, Life, Look, Newsweek, and Smithsonian. In 1983, he served as the national president of the American Society of Magazine Photographers. 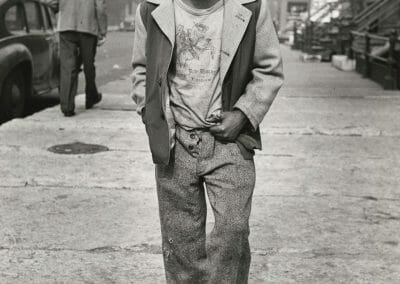