For American photographer Lewis Wickes Hine, photography was a tool to “show things that had to be corrected.” At the beginning of the 20th century, he realized the storytelling power of documentary photography, and his images of children working in shocking situations would become contributory in the passage of child labor laws. To produce these images—he made over 5,000 negatives for the National Child Labor Committee over the course of 10 years—Hine often snuck into factories to conduct his work, noting personal details about the children, including their ages, heights, and the hours that they worked, and portraying them in frank, directly head-on portraits. In addition, he created a now-famous series of images of workers atop the Empire State Building during its construction in the 1930s for the series “Men at Work”. 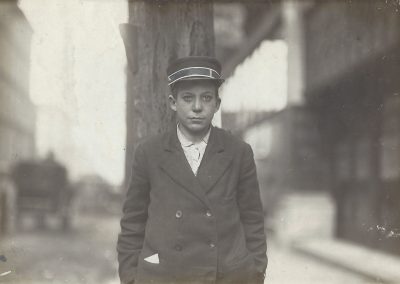 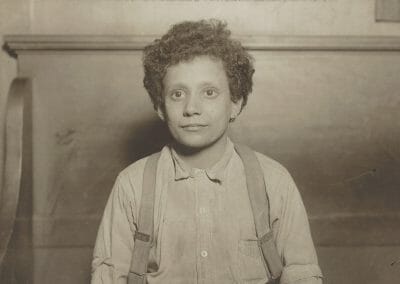 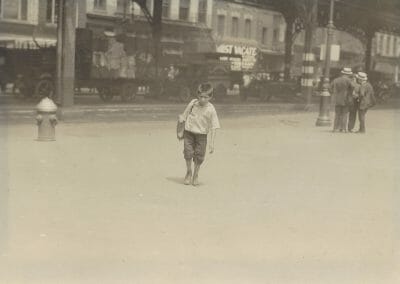 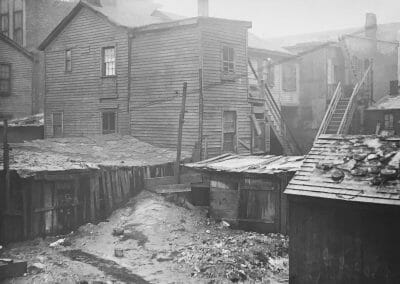