Johann Bohm was a German Bohemian chemist who focused on photochemistry and radiography. The aluminum-containing mineral boehmite (or böhmite) was named after him. He often worked with cyanotypes to capture magnetic fields. Böhm studied at the German Polytechnic University in Prague and then worked with Fritz Haber in Berlin where he re-designed and considerably improved the Weissenberg x-ray goniometer. In 1926 George de Hevesy, then a professor at the University of Freiburg, invited Böhm to co-operate with him on a series of experiments in spectrographic analysis. Afterwards Böhm worked at Freiburg University as an assistant and later as an associate professor. From October 1935 he was a professor of physical chemistry at the German University in Prague. 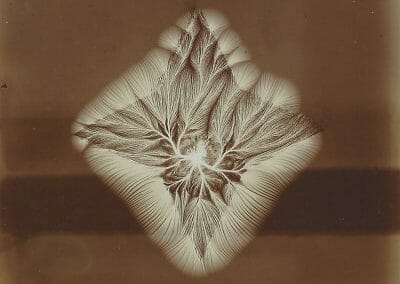 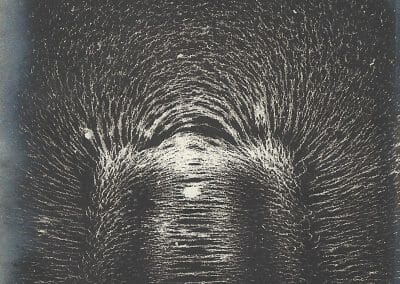