Herbert List was a classically educated artist who combined a love of photography with a fascination for surrealism and classicism. List began taking photographs during travels in 1924, almost without any pretensions to art. In 1930, though, his artistic leanings and connections to the European avant-garde brought him together with the photographer Andreas Feininger, who introduced his new friend to the Rolleiflex, a more sophisticated camera that allowed a deliberate composition of images. Under the influence of the surrealist movement and of Bauhaus artists, List photographed still life and his friends, developing his own style. He has described his images as “composed visions where [my] arrangements try to capture the magical essence inhabiting and animating the world of appearances.” Greece became List’s main interest from 1937 to 1939. After his first visit to the antique temples, sculptures and landscapes, his first solo show opened in Paris in the summer of 1937. Publications in “Life”, “Photographie”, “Verve” and “Harper’s Bazaar” followed, and List began work on his first book, Licht Ueber Hellas, which wasn’t published until 1953. Working in Athens, List hoped to escape the war but was forced by invading troops to return to Germany in 1941. Because of his Jewish background, he was forbidden to publish or work officially in Germany. Several works, stored in a hotel in Paris, have been lost. List more or less gave up photography in the early 1960s. Despite his earlier fame throughout Europe, his particular style was no longer fashionable. By the time he died in Munich in 1975, his work had been almost forgotten. Interest has revived recently, though, thanks to a fine monograph published by Monacelli Press, which features 250 of List’s photographs divided into five sections: Metaphysical Photography, Ruins and Fragments, Eros and Photography, Portraits, and Moments. Herbert List died in Munich, April 4th 1975. 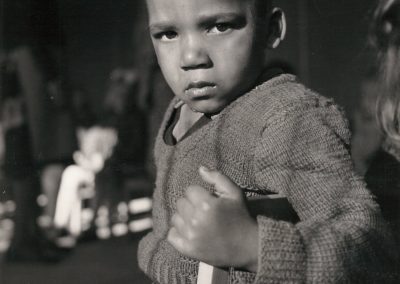