Once called “the most celebrated and least known photographer of her time,” Helen Levitt received a lot of attention in her prime for her street photography in New York City. Associating early in her career with Walker Evans, Levitt would receive several solo exhibitions of her work in the years surrounding WWII, as well as a second wave of recognition in the 1960s. Although she is best known for her black-and-white images, Levitt received two Guggenheim Fellowships to document New York with color photographs. She was also an Academy Award-nominated documentary filmmaker. 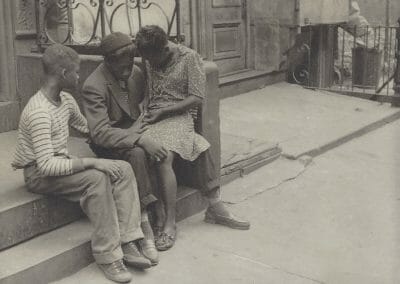 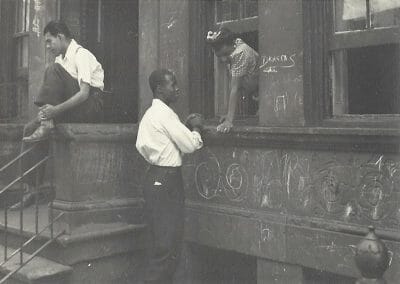