Garry Winogrand is considered one of the most important American photographers of the 20th century, during which he compiled an archive of images capturing its evolving attitudes and anxieties. He began his career as a freelance journalistic photographer, but upon seeing Walker Evans’s book, American Photographs, was so inspired that he decided to change this approach to the medium. Winogrand was known best for his street photography, and for capturing moments of everyday American life in the post-war era. He used a small-format camera, which suited his many travels and liberated his movement in the streets. At the time of his sudden death, he left behind thousands of rolls of undeveloped film. 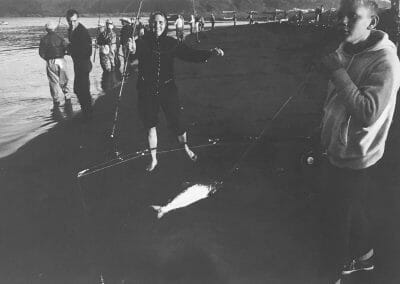