Born and reared in Wichita, Kansas, W. Eugene Smith became interested in photography at the age of fourteen, and three years later had begun to photograph for local newspapers. He received a photography scholarship to the University of Notre Dame, but he left after a year for New York, where he joined the staff of Newsweek and freelanced for LIFE, Collier’s, Harper’s Bazaar, The New York Times, and other publications. Beginning in 1939, Smith began working sporadically as a staff photographer for LIFE, with which he had a tempestuous relationship throughout the rest of his career. During World War II he was a war correspondent in the Pacific theater for the Ziff-Davis publishing company and LIFE, for whom he was working when he was severely wounded in Okinawa in 1945. After a two-year recuperation, he returned to the magazine and produced many of his best photo essays, including “Country Doctor,” “Spanish Village,” and “A Man of Mercy.” In 1955, he joined Magnum, the international cooperative photography agency founded by Henri Cartier-Bresson, Robert Capa, George Rodger and Chim (David Seymour), and began work on a large photographic study of Pittsburgh, for which he received Guggenheim Fellowships in 1956 and 1957. Smith continued to freelance for LIFE, Pageant, and Sports Illustrated, among other periodicals, for the rest of his career. From 1959 to 1977, he worked for Hitachi in Japan and taught at the New School for Social Research and the School of Visual Arts in New York and the University of Arizona in Tucson. His last photo essay, “Minamata,” completed in the 1970s, depicted victims of mercury poisoning in a Japanese fishing village. Smith is acknowledged for developing the photo essay to its ultimate form. He was an exacting printer, and the combination of innovation, integrity, and technical mastery in his photography made his work the standard by which photojournalism was measured for many years. In recognition of his contribution to the development of photojournalism, the W. Eugene Smith Memorial Fund was established after his death to support the projects of photographers working in the tradition he established. 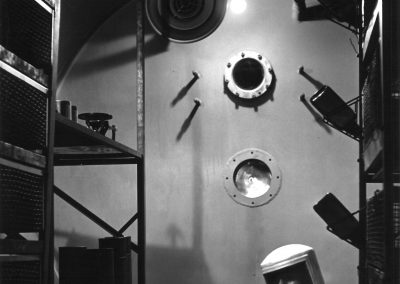