Eugene Richards is known for his sensitive but unflinching photo essays published in books and magazines. He has explored topics as diverse as the American family, drug addiction, and river blindness, as well as documented urban and rural poverty in America, and his first wife’s struggle with breast cancer. From his beginnings as a photographer, after studying with Minor White at MIT, Richards used his practice to generate awareness about social issues. He engaged in civil rights activism in the ’60s, and volunteered with VISTA (Volunteers in Service to America); he and other former volunteers later founded a small social service organization that published a newspaper that included photojournalism, Many Voices. Other collections of his work include The Blue Room, a body of images of discarded and abandoned houses in rural America. 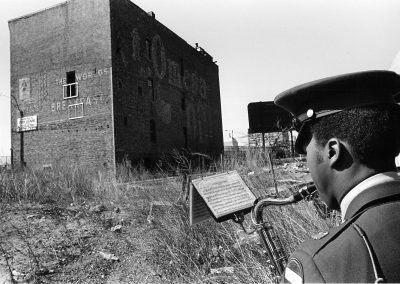