Eugène Atget was a French photographer best known for his photographs of the architecture and streets of Paris. He picked up photography in the late 1880s and supplied studies for painters, architects, and stage designers. Atget began shooting Paris in 1898 using a large format view camera to capture the city in detail. His photographs, many of which were taken at dawn, are known for their diffuse light and wide views that give a sense of space and ambience. They also document Paris and its rapid changes; many of the areas Atget photographed were soon to be razed as part of massive modernization projects. Atget’s photographs drew the admiration of a variety of artists, most notably Man Ray, Henri Matisse, and Pablo Picasso. Man Ray even used one of Atget’s photographs for the cover of his surrealist magazine la Révolution surréaliste. The photographer Berenice Abbott preserved Atget’s prints and negatives and was the first person to exhibit Atget’s work outside of France. 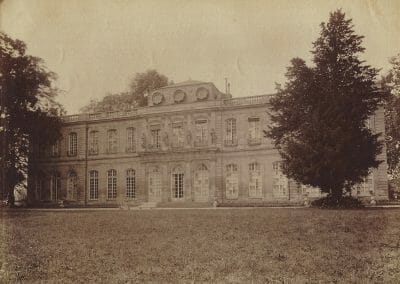