Cole Weston first began working in color in 1947, when Eastman Kodak sent a quantity of their new film, Kodachrome, to his father, Edward Weston. He gave up black-and-white photography in his own personal endeavors almost immediately, and soon became one of photography’s finest colorists. His images are known for their unusual beauty, emotional impact, and exuberant use of color. Having simultaneously done his own creative work while printing from his father’s negatives, according to Edward’s wishes, for over thirty years, Cole turned his energies predominantly toward making his own photography in 1988, working across the American West, in Europe, and with the female nude. His work has been featured in more than sixty exhibitions worldwide and is in the collections of museums throughout the US and Europe. 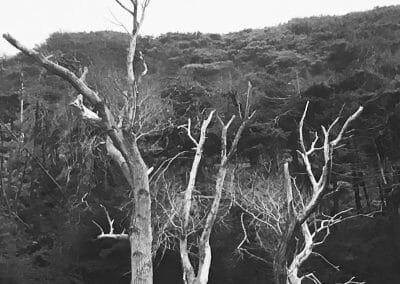