David Seymour, original name David Szymin, pseudonym Chim, (born November 20, 1911, Warsaw, Poland, Russian Empire [now in Poland]—died November 10, 1956, near Suez Canal, Egypt), Polish-born American photojournalist who is best known for his empathetic pictures of people, especially children. Seymour studied graphic arts in Warsaw and in 1931 went to Paris to study at the Sorbonne, where he started to become interested in photography. During this period he befriended the photographers Robert Capa and Henri Cartier-Bresson, and he took the name “Chim,” adapted from his surname, Szymin (he would change his surname to Seymour when he immigrated to the United States). In the late 1930s he covered many important political events. His pictures of the Spanish Civil War, particularly those that portrayed the impact of the war on the civilians of Barcelona, received widespread attention and were published in magazines such as Regards and Life. After coming to the United States in 1939, he served in the U.S. Army as a photo interpreter for three years. In 1947 he founded the influential Magnum Photos cooperative agency, along with Capa, Cartier-Bresson, and others. The group formed in order to have control over their own assignments and to retain copyrights over their own negatives. The next year, on assignment for the United Nations Educational and Scientific Organization (UNESCO), Seymour photographed children who had been physically and spiritually damaged by the war, creating powerful, unforgettable images. The project was later turned into a critically acclaimed book called Children of Europe (1949). From then until his death he traveled extensively in Europe and Israel on assignments for various publications. He was killed while covering the Arab-Israeli war. 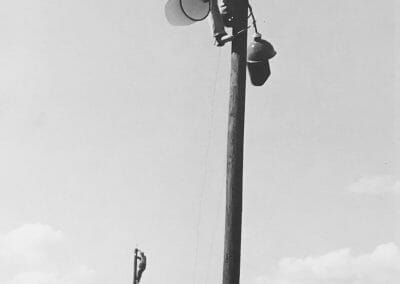