Bertha Jaques was already a respected printmaker when she began making cyanotype photograms of wildflowers. An active member of the Wild Flower Preservation Society, she created over a thousand of these botanical images. These were made without a camera by placing objects directly on sensitized paper and exposing it to light, the photogram is the least industrialized type of photography. Because prints were easy to create by this method, it became widely popular. Graphic artists often chose this form of print because of its rich Prussian blue color. Aligned with the antimodernist views of the late Victorian Arts and Crafts movement, Jaques’s work reflects a reverence for commonplace elements of nature and the beautifully crafted object. 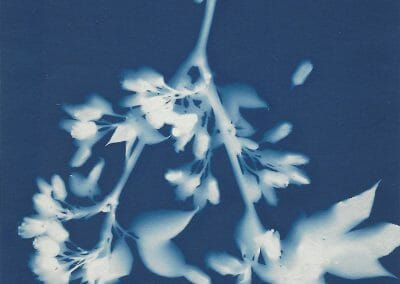 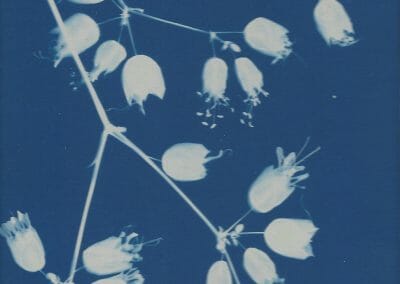