Allen Ginsberg, best known as the author of Howl, Kaddish, and numerous other books of poetry, is also celebrated for his work in photography. Ginsberg represents a generation of artists whose work emphasized the values of directness, immediacy, and lived experience, contrary to the modernist formalism prevailing at the time. Most of his best-known photographs are representative of the 1950s and 1960s Beat scene, though some are more recent. Most are portraits of colleagues or friends, acquaintances or companions, conquests or lovers, and all are in simple black and white, personal in content, and unpretentious in form. Ginsberg’s photographs are also distinct in that hand-written captions accompany each of them, adding to the documentary effect and often revealing remarkably intimate detail. Ginsberg and Robert Frank eventually became close friends and taught a class together, “Photographic Poetics, or the Poetics of Photography,” at the Camera Obscura School of Photography in Israel. When asked if photography had influenced his poetry, Ginsberg said, “There are many parallels,” citing the Imagist and Objectivist movements and recalling William Carlos Williams. “It’s like taking little flashes in your notebook, little flashes of thought. That aspect of chance Robert [Frank] introduced into photography to some extent. The idea of ordinary chance or ordinary magic is the same as bohemian, Beat, Buddhist poetics.” When Ginsberg died in 1997, he left not only a legacy of poetic work and political activism, but an inspired collection of photographic “snapshots” that is celebrated for its honesty and humanitarian wisdom. “I think any gesture we make consciously,” he said, “be it artwork, a love affair, any food we cook, can be done with a kind of awareness of eternality, truthfulness.” 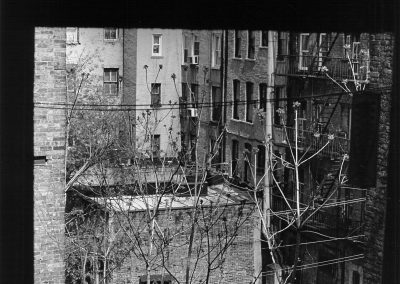